Do You Work in One of the Most Dangerous Jobs in America? 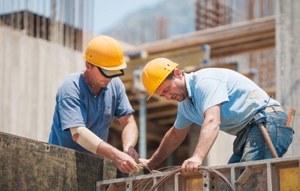 While some professions—such as law enforcement and firefighting—clearly put workers at risk on a daily basis, other workers face much less obvious but very serious potentially fatal hazards on the job. According to the U.S. Bureau of Labor Statistics, 4,836 workers died in workplace accidents in 2015—the highest number of fatalities since 2008. Many of these workers are employed in lower-paying jobs that require physical labor. While workers’ compensation benefits may help surviving families replace their loved ones’ income, it cannot compensate them for the loss of companionship and support of that family member.

What Are the Causes of On-the-Job Deaths?

The report by the U.S. Bureau of Labor Statistics looked at not only the top jobs resulting in workers’ deaths, but also some of the causes of these deaths. The study revealed the following facts about fatal workplace accidents:

Often, workers who have the highest risk of dying on the job provide vital services to society. Many of the accidents that cause their deaths could be avoided if employers took safety practices more seriously and followed federal regulations designed to keep workers safe, especially in the following jobs:

Were you injured on the job? Was a family member killed in a workplace accident? I have been helping workers obtain the workers’ compensation benefits they deserve for over 20 years. Review my testimonials to see what other clients are saying about my services and then call my office to schedule your free, no-obligation consultation.