The Seven Most Common Causes of Death Among Firefighters 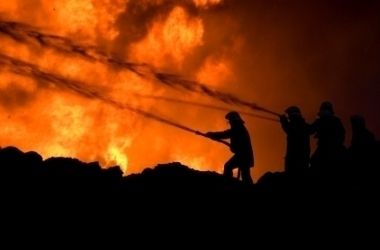 Firefighters across the country put their lives on the line every day. Their job tends to be glamorized in film and television – men in suits standing upright beneath wooden beams ablaze with yellow flames, a puff of black smoke, the occasional coughing. In reality, firefighters wear approximately 100 pounds of equipment on their bodies, and they usually have little to no visibility. The best way for firefighters to investigate a building is on their hands and knees because the closer to the floor they are, the better the visibility is.

The Real Causes of Firefighter Fatalities

In 2013, the most common fatalities of firefighters were caused by:

Compensation For Firefighters Injured on the Job

If you or someone you know has been directly effected by the accidental death of a firefighter in the line of duty, you may be entitled to certain benefits, such as coverage for medical and funeral expenses, and compensation for grief and suffering. Whether a volunteer firefighter or otherwise, it is essential that you speak with your local New Jersey workers' compensation attorney immediately.

A firefighter in his own community, Manfred F. Ricciardelli, Jr. has over 20 years of workers' compensation law experience. With his knowledge and passion for helping emergency services workers and their families, Mr. Ricciardelli will help you prepare your case to get you the benefits that you deserve. Contact us today to set up an appointment for your free consultation by filling out our online contact form or calling us at (973) 285-1100.