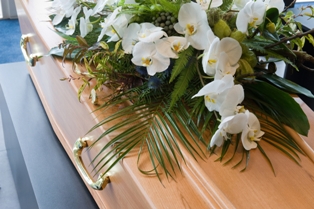 Unfortunately, workers in New Jersey can suffer catastrophic injuries or an occupational disease that ends in their death. Besides dealing with the tragedy of losing their loved one, the worker’s family must also struggle with the financial challenges of losing the person’s income that was vital to paying the monthly living expenses and bills. New Jersey’s workers’ compensation can help these families by providing death benefits to the workers’ dependents.

If you are in this tragic situation, you might assume that making a claim for these benefits will be straightforward, especially if your spouse’s accident or occupational illness, like cancer or a serious respiratory disease, clearly caused his death. Sadly, many employers and their insurance companies value money over doing what is right, and you could find yourself in a fight over whether you qualify for these benefits. An experienced workers’ compensation attorney can take on the battle of obtaining the benefits you deserve, so you can focus on your grief and helping your children handle the loss of their parent.

Who Is Eligible for Death Benefits?

When a worker dies from a workplace accident or occupational illness, New Jersey’s workers’ compensation can provide death benefits to his dependents. Under New Jersey law, the following are considered dependents of the deceased worker:

There are situations when a dependent may not be entitled to death benefits. These potentially include the following situations:

What Death Benefits Are Dependents Entitled To?

Death benefit payments include payment of approved medical bills and up to $3,500 for funeral expenses. Funeral expenses would be paid to the person responsible for paying for the funeral or to the deceased worker’s estate. Weekly death benefits are based on the worker’s wages and the number of dependents he had. The following rules apply:

The rules regarding death benefits for dependents is complicated, and you need an experienced worker’s compensation attorney to help you calculate the benefits you are entitled to. If you are a dependent of a worker who died due to a workplace injury or illness, order my free book, What the Injured Worker Needs to Know, to start learning about your rights and then start an online chat to schedule a free, no-obligation consultation.