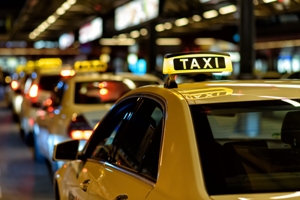 What Are the Common Ways Taxicab Drivers Are Injured When on the Job?

Taxi drivers face distinct hazards when driving their taxis. Some of the ways they can be hurt include:

In addition to the added complexities to a taxi driver’s workers’ compensation claim, he may also have a claim against additional parties that could increase the likelihood that he will be fully compensated for his injuries. For example, a driver injured in an accident caused by a negligent driver may be able to file a lawsuit against the driver as well as file a claim for workers’ comp. If the driver was a victim of a crime, he may be able to sue the perpetrator of the crime.

Are you a taxicab driver who was injured while on the job? Manfred Ricciardelli has been helping workers like you for over 20 years. Start an online chat to schedule your free consultation to learn about your legal options.