Carbon Monoxide Poisoning: A Potential Killer of Many Workers 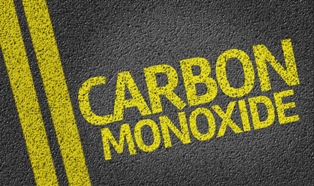 Carbon monoxide poisoning is nothing to be taken lightly. It can and does cause devastating injuries and deaths of workers exposed to harmful levels. Even worse, it is a silent danger that can creep up on unsuspecting victims and injure or kill them in a matter of minutes. Fortunately, New Jersey’s workers’ compensation laws may provide workers and their families with medical expense and wage loss payments to compensate the victim while he recovers or to pay his family if he dies.

What Is Carbon Monoxide?

Carbon monoxide is an odorless, colorless, and tasteless gas—making it extremely difficult to detect or realize when it is being inhaled. However, it sometimes combines with other gases that do have an odor. Carbon monoxide is a common toxic byproduct of the incomplete burning of many substances including:

Because of the dangers of carbon monoxide poisoning, the Occupational Safety and Health Administration (OSHA) has set strict guidelines limiting workers’ exposure to carbon monoxide. In general, workers must not be exposed to more than 50 parts of the gas per million parts of air averaged over an eight-hour day. Maritime workers have their own special exposure rules.

Who Is at Risk of Carbon Monoxide Poisoning?

One of the most common ways employees are exposed to carbon monoxide is when they are near internal combustion engines. In addition, forges, blast ovens, and coke ovens also produce this hazardous substance. Dangerous workplaces include boiler rooms, breweries, warehouses, petroleum refineries, paper, pulp, and steel production sites, docks, blast furnaces, and coke ovens. Construction sites can also be full of carbon monoxide sources. Gas leaks, line ruptures, and gas-powered equipment can spew out dangerous levels of carbon monoxide. The following workers are at the most risk of being poisoned:

What Are the Symptoms of Carbon Monoxide Poisoning?

Workers can experience a number of symptoms from exposure to carbon monoxide. Unfortunately, with low-level exposure, the symptoms can be misinterpreted as being caused by food poisoning, the flu, or other illnesses. Signs to watch for include:

How Carbon Monoxide Poisoning Is Treated

When carbon monoxide is inhaled, it replaces the oxygen in the blood, depriving the worker’s brain, heart, and other vital organs of oxygen. High levels of exposure can cause a worker to lose consciousness, suffocate, and die within a few sudden minutes. Other workers could suffer permanent brain damage and heart damage that could lead to life-threatening cardiac conditions.

With mild exposure, a worker may feel better once removed from the hazardous environment and exposed to fresh air. If the exposure is more severe, the person would need to be transported to the hospital. Once there, he could receive the following treatments:

Were you or a family member exposed to harmful levels of carbon monoxide? If you suffered injuries, you could be entitled to workers’ compensation benefits. Order my free book, What the Injured Worker Needs to Know, to learn important information about your rights and call me at 877-360-0183 to schedule a free, no-obligation consultation.