Can You Obtain Workers’ Comp Benefits If You Become Ill at Work With Food Poisoning? 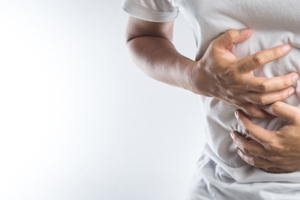 One of the dangers many workers may not realize they face is becoming ill from food poisoning. According to the Centers for Disease Control and Prevention (CDC), 48 million people get sick, 128,000 are hospitalized, and 3,000 people die from foodborne illnesses each year. Many workers must take time off work and receive medical care if they become sick from food poisoning. They may not consider filing a claim for workers’ compensation benefits, or if they do file a claim, can find that their employer denies their claim for benefits.

When Could You Be Entitled to Workers’ Compensation Benefits for Food Poisoning?

Food poisoning can occur whenever contaminated food is consumed. A number of employers provide its workers with food through cafeterias, restaurants, food carts, vending machines, and prepared meals for workers. Workers in many industries may eat on the job and risk becoming ill with this disease. Some of these industries include:

In determining whether a worker is entitled to workers’ compensation, the primary issue will be whether the food was provided in the course of the worker’s employment. Some factors that could determine this include:

When food or beverages are mishandled or not prepared properly, they can contain harmful bacteria that can make people ill. They are often found in raw and undercooked meat, poultry, seafood, dairy products, unpasteurized milk, and produce. Some of the bacteria and germs include Salmonella, Escherichia coli (E. coli), Listeria monocytogenes, Norovirus, and Hepatitis A.

The treatment needed for food poisoning will depend on the source of the illness. For milder cases, a person may not need much treatment other than rest, over-the-counter medications, and drinking fluids. However, in more serious cases, a worker could require the following:

In severe cases, food poisoning can cause potentially life-threatening complications, like dehydration, kidney failure, and death.

If you became ill with food poisoning from consuming food or beverages at work, you may need to fight to obtain the workers’ compensation benefits you could be entitled to. Start an online chat to schedule your free consultation to learn about your legal options.