What Are Permanent Partial Disability Payments? 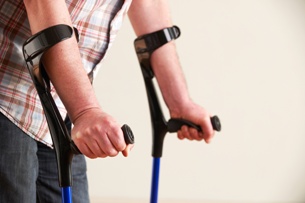 Permanent partial disability payments are based on the loss of function that a worker suffers due to his injury, not a loss of future income. The loss of function can be related to his work or a loss of non-work related injuries, such as sports, hobbies, or activities at home. A determination of permanent partial disability is generally not made until the worker has completed his medical treatment and has a final prognosis. It can be awarded even if the worker returns to his job.

In deciding whether to award benefits, a two-pronged test is utilized. An injured employee must show the following to obtain an award of permanent partial disability payments:

Each case is decided on its particular facts. Both the employee and employer’s workers’ compensation insurance company will have their own expert reports on whether the injury caused a permanent loss of function.

Permanent partial disability payments are paid using a pre-determined schedule of benefits. Payments for losses of limbs and other body parts are calculated based on a percentage of Scheduled Losses. These include the loss of arms, hands, fingers, toes, feet, teeth, eyes, and ears. Other losses of function are considered Non-Scheduled Losses and include injuries to the following:

The payment will be based on the percentage of loss of function the individual suffered and the range of payments that are allowed under New Jersey’s workers’ compensation laws. For example, the minimum weekly payment would be $35.00 and the maximum payment would be $896.00 in 2017.

Permanent partial disability payments are paid over a specified number of weeks starting on the date of the accident or the last temporary disability payment. The number of weeks is based on the percentage of loss of function, with those causing a larger percentage of loss of function being paid over a longer period of time. In general, the unscheduled losses are often valued higher than scheduled losses, and injuries involving surgery receive larger amounts. For example, a worker could receive these awards depending on his injury:

Proving your right to partial permanent disability payments and the amount that you should receive can be complicated. You need an experienced workers’ compensation attorney who can obtain the evidence and hire the expert witnesses you need to prove your case. He will have strategies to defeat the arguments of the workers’ compensation insurance company who may fight harder to reduce or deny your claim because your award will be higher than if you had not suffered a permanent partial disability.

Manfred Ricciardelli has been helping injured workers receive the workers’ compensation benefits they deserve for over 20 years. Call our office today to schedule your free case evaluation to learn how he can help you.