If You Develop Myelodysplastic Syndrome From Toxic Substances on the Job, Workers’ Comp Benefits Can Help

People work to support their families and to feel a sense of accomplishment in doing a good job. Rarely do they worry about being injured or developing a serious illness simply from going to work every day. Unfortunately, some employees are at high risk of developing a life-threatening occupational disease like Myelodysplastic Syndrome from exposure to hazardous substances on the job. In New Jersey, these workers may be entitled to workers’ compensation benefits to pay for the medical treatments they need and to replace their wages when they are too ill to work—sometimes permanently. 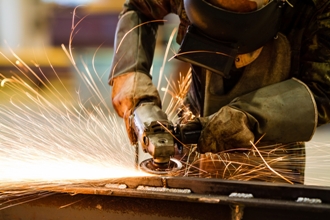 Myelodysplastic Syndromes are disorders caused by poorly developed or dysfunctional blood cells and occur when something goes wrong in a person’s bone marrow. Bone marrow is the spongy part inside a person’s bones where blood cells are made. While this disorder is often caused for no apparent reason or as a result of chemotherapy and radiation treatments for cancer, it can also be the consequence of exposure to toxic substances at work.

Some of these hazards on a job site include benzene, chemical fertilizers, nitro-organic explosives, derivatives of diesel, pesticides, lead, and mercury. Workers in these industries are at higher risk of developing this disease:

How Is Myelodysplastic Syndrome Treated?

Fatigue, shortness of breath, unusual bruising and bleeding, and increased infections are some of the symptoms associated with this disorder. Unfortunately, the goal of treatment is often not to cure the disease but to slow its progression, manage the symptoms, and to prevent bleeding and infections. Some of the treatments that can help include:

Myelodysplastic Syndrome Can Cause Serious Complications

Unfortunately, workers with this disease are also at risk of developing serious complications—sometimes life-threatening. Some of these additional problems include:

If you develop Myelodysplastic Syndrome from exposure to toxic substances at your workplace, you may need expensive medical treatments and could be off work for months or longer while you recover. As the disease progresses, you may find that you are no longer able to perform the duties of your former job or could become permanently disabled either from the disease or its complications. Workers’ compensation benefits can pay your mounting medical bills and replace your lost wages.

Unfortunately, you will most likely have to fight to obtain the workers’ compensation benefits you deserve. Because you could develop this syndrome years after your exposure to a hazardous chemical at work, your employer may argue that your disease was caused by something other than your job. You need an experienced workers’ compensation attorney who can prove that your employment was the cause of your illness and negotiate a fair settlement for you. Call our firm to schedule your free case evaluation to learn how Manfred Ricciardelli can help you.