Securing Workers’ Compensation Benefits for a Heart Attack at Work 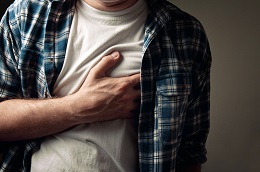 When people think of injuries that could occur at work, they may picture common accidents such as falling off a ladder, being hit by an object or forklift, or back strain from lifting something too heavy. Rarely would they consider the dangers of developing an occupational illness, such as having a heart attack caused by work.

However, many workers are under stress at their jobs with too many duties to perform. Others are asked to lift or do more than they are able. As a result, people can have a heart attack at work. Are they entitled to workers’ compensation benefits?

The fact that a heart attack occurs at work does not necessarily mean that it’s covered under New Jersey’s workers’ compensation laws. The heart attack must be work-related—which requires more proof than that it happened while the employee was working.

New Jersey’s workers’ compensation statute governs when a person can receive benefits. It outlines that the worker or his survivors must prove that injury or death was caused by “the work effort or strain involving a substantial condition, event or happening in excess of the wear and tear of the claimant’s daily living” and that the cause of the cardiac arrest was materially job-related.

Factors that help determine whether the heart attack can be linked to work include:

Many different work-related activities can cause a person to experience cardiac arrest. Some of these include the following:

New Jersey judges have decided a number of cases involving workers trying to obtain workers’ compensation benefits after having a heart attack. These decisions shed light on when workers are entitled to or are denied benefits:

If You Suffered a Heart Attack at Work, You Need an Experienced Attorney at Your Side

Claims for workers’ compensation benefits for heart attacks at work can be more difficult to prove and win than other types of claims. That’s why you need an experienced workers’ compensation attorney who understands how to establish the causal relationship between your cardiac arrest and job. I urge you to call our firm at 877-360-0183 to schedule a free consultation to learn how I can help you fight for the benefits you deserve.